AILSA CHANG, HOST:
Nearly 100,000 tons of nuclear waste are piling up around the country. It wasn’t supposed to be this way. The federal government decided decades ago that it made sense to consolidate the waste at one permanent location, but no place seems to want it. So now nuclear regulators are considering proposals for temporary storage. NPR’s Nathan Rott checked out one such site in southeast New Mexico.

NATHAN ROTT, BYLINE:
When I asked for directions to the proposed interim nuclear storage facility, I got a few answers. The private company that wants to build it sent me GPS coordinates. A mayor in support of the project told me to drive to the county line and look north. Jason Shirley, a city councilman in Carlsbad, told me to drive 35 miles out of town, pull off on a dirt road and from there… 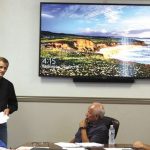 The city of Roswell’s General Services Committee lent their ears to citizen opinions on the proposed Holtec International Project to store nuclear waste in between Carlsbad and Hobbs.

Around 30 people gathered into the large conference room at City Hall on Wednesday afternoon for an hour and a half meeting. The agenda included the Holtec project as a non-action item; no formal action was taken by the city at Wednesday’s meeting.

Chairman Councilor Savino Sanchez made a preamble asking the public to maintain decorum and remain respectful during the speeches. Committee members Jacob Roebuck and Angela Moore were present and Councilors Jeanine Corn Best, Judy Stubbs and Caleb Grant sat in the audience.

An opinion issued by New Mexico Attorney General Hector Balderas suggested New Mexico will have a limited role in licensing a proposed facility to store high-level nuclear waste near Carlsbad and Hobbs.

New Mexico Sen. Jeff Steinborn (D-36), who chairs the New Mexico Radioactive and Hazardous Waste Committee, said Balderas’ opinion was informative but did not preclude lawmakers from continuing to ask hard questions about the project.

To download a petition you can use to gather signatures: 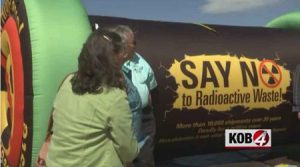 All the Nation’s High Level Nuclear Waste Coming to New Mexico?
Together We Can Protect Our Lands and Way of Life 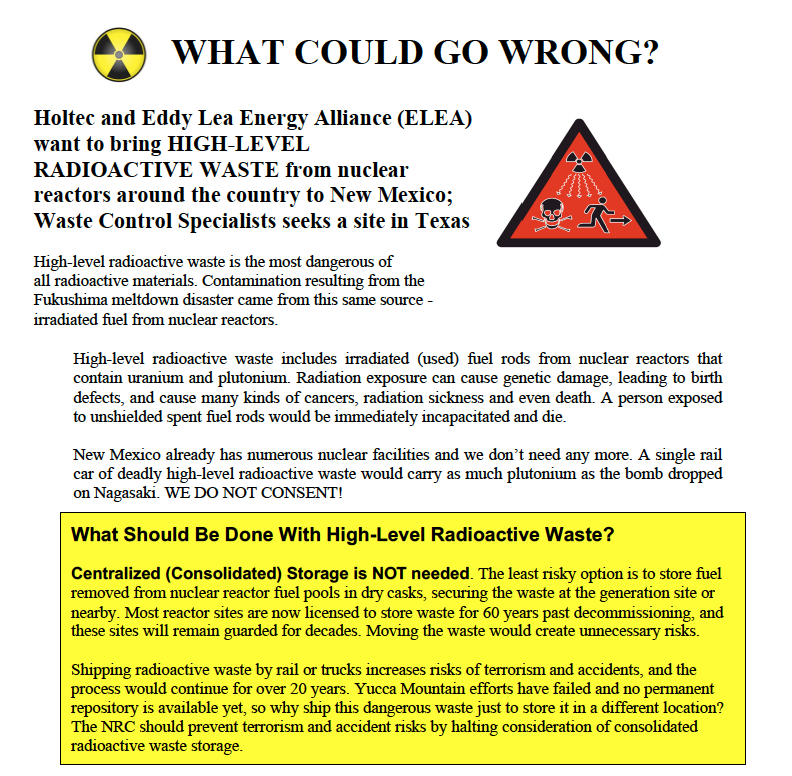 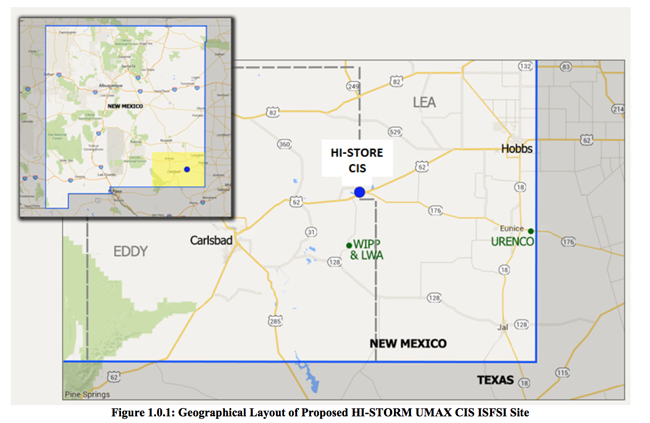 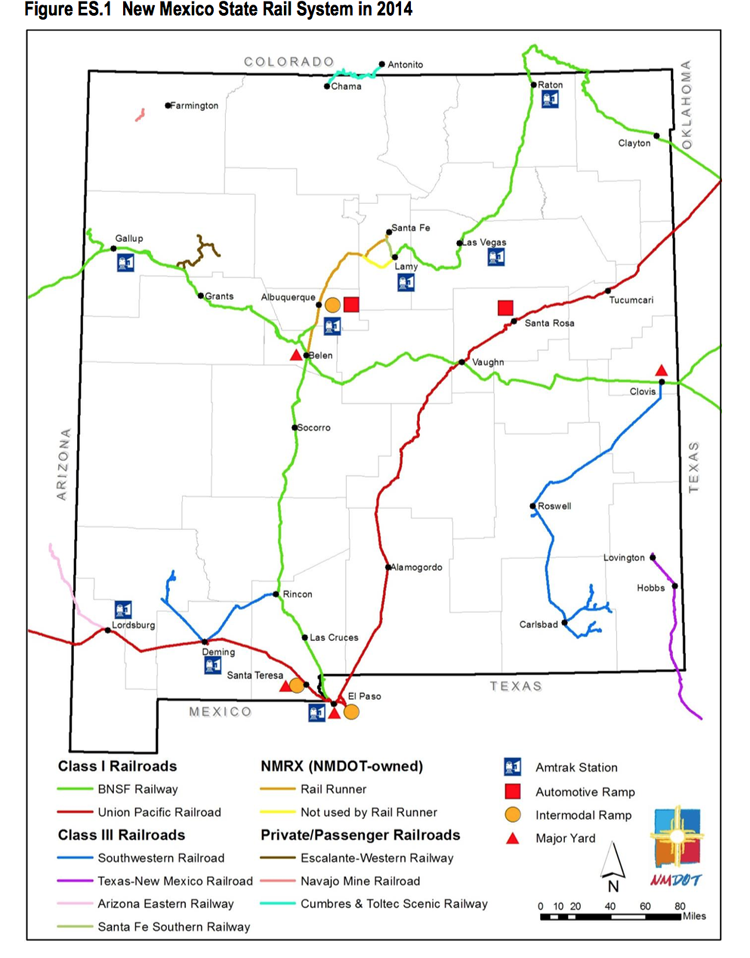