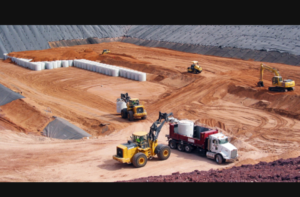 Both proposed projects are illegal under the Nuclear Waste Policy Act since no U.S. repository exists. Both would result in transport of radioactive waste through Texas. We ask that you deny both licenses. Bringing this nuclear reactor waste to Texas and New Mexico would result in dangerous de-facto permanent dumps.

Governor Abbott has expressed concerns about potential impacts to the Permian Basin, the world’s largest producing oilfield. Abbott said the region would become a “prime target for attacks by terrorists and saboteurs. This location could not be worse for storing ultra-hazardous radioactive waste… I urge the NRC to deny ISP’s license application.” Read Governor Abbotts letter.

Resolutions opposing consolidated interim storage were passed by five Texas counties and three cities, as well as by the Midland Chamber of Commerce. Collectively this represents the voices of 5.4 million Texans. Read the Dallas County resolution.

Texans at the local, state and federal level do not consent to having our state become a nuclear waste dumping ground! Please prevent nuclear disasters that risk our health and safety and imperil our businesses and economy.

We urge the Nuclear Regulatory Commission to deny the license applications of ISP and Holtec International for Consolidated Interim Storage of high-level radioactive waste in Texas and New Mexico.