State-owned Orano’s new plant in Tricastin, southern France, will account for a quarter of the world’s 60,000-tonne annual uranium hexafluoride (UF6) production capacity when it fully ramps up in 2021 and is set to have the industry’s lowest costs, the company said.

UF6, produced by combining "yellowcake" uranium ore concentrate with fluorine, is a precursor of enriched uranium, which fuels the world’s nuclear plants.

Following the 2011 Fukushima disaster in Japan, uranium prices are near decade lows as several countries reduced their reliance on nuclear energy.

In November 2017, Honeywell International Inc (HON.N) suspended UF6 production at its 15,000-tonne capacity Metropolis, Illinois plant, the only such conversion plant in the United States.

Orano, formerly called Areva, in December 2017 also halted production at its aging 15,000 ton/year capacity Comurhex conversion plant in Tricastin, and will serve utilities from its stockpiles until the new plant comes online and global overcapacity subsides.

From 2019, Orano’s new conversion facility – to be called the Philippe Coste plant – will have capacity of 7,500 tonnes and output of about 5,000 tonnes. When construction is completed early 2021, it will reach full capacity of 15,000 tonnes.

Orano Chief Executive Philippe Knoche told reporters that the new plant’s order book was full for the next 10 years, but added that profitability would remain challenging at current conversion rates.

Following the plant closures, those rates have doubled to about $10 per kilogram over the past year, but are still too low for the industry’s long-term profitability.

Knoche said French utility EDF (EDF.PA) had committed to buy about one third of the new plant’s output, while the rest would be sold mainly under long-term contracts to about 70 utilities in the United States, China, Japan, South Korea and several European countries. Ten to 20 percent of the plant’s output will be sold under short-term contracts of less than three years.

The uranium will come from Areva and other companies’ mines in Niger, Kazakhstan, Canada, South Africa and Namibia. 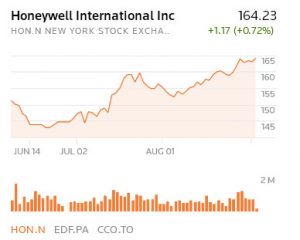 Orano board Chairman Philippe Varin said the firm’s new conversion plant had been under development for 10 years and that Orano upgraded it as part of the modernization of its fuel facilities.

"This new facility is a long-term commitment," he said.

Orano and Canada’s Cameco Corp (CCO.TO) each have about a quarter of global uranium conversion capacity, with Russia’s Rosatom a bit more and China’s CNNC a bit less than a quarter each, according to industry expert estimates.