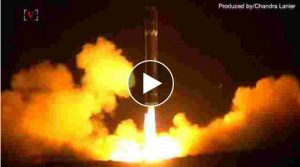 A repository for spent nuclear fuel rods was proposed to be built in west Texas, even as a southeast New Mexican consortium hopes for a similar facility near Carlsbad and Hobbs.

A CIS facility is used to store the spent nuclear fuel rods temporarily, while a permanent repository is built.

The rods are presently being stored at their generator sites: active and decommissioned nuclear reactor facilities around the country. 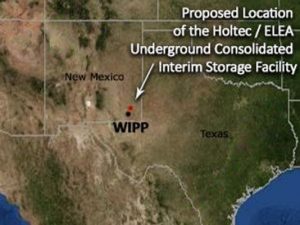 The move would augment WCS’ 14,000-acre facility in west Texas, which is licensed for low-grade nuclear waste, but not for spent nuclear fuel.

The United States does not have a permanent repository, after the Department of Energy’s Yucca Mountain project in Nevada stalled under the administration of former U.S. President Barrack Obama.

The joint venture, known as Interim Storage Partners, requested on March 13 that the federal Nuclear Regulatory Commission (NRC) resume reviewing the project’s license application, originally submitted in April 2016, and put on hold due to a funding shortfall.

In total, the facility would hold about 40,000 metric tons of the waste, stored above ground and accepted in 5,000-ton phases, records show.

Officials predicted it could begin accepting waste by 2021.

"This industry-driven near-term solution will use proven storage technology and procedures to expand the capabilities and operations at the WCS site to include consolidated interim storage of commercial used nuclear fuel."

Competition to the west?

Meanwhile, Holtech International and the Eddy/Lea Energy Alliance (ELEA) proposed building a new facility between Carlsbad and Hobbs to hold about 120,000 metric tons of similar waste.

The project’s application for the first 8,680 metric tons was accepted for review last month by the NRC, and officials expect it could open by 2022.

Chair of ELEA John Heaton said there’s enough waste to go around, but a facility in New Mexico is essential to the state’s growing nuclear corridor.

"When we started our project, we knew this was also a potential project for WCS," Heaton said. "We had anticipated they would get back into CIS activity. From our perspective, there’s a lot of waste out there. Lots of spent fuel. There may be other competitors."

Heaton pointed to WCS’s location, close to Eunice and New Mexico’s eastern border with Texas. He said such a facility in Texas would burden New Mexico’s roads and infrastructure without any benefit to New Mexicans, such as jobs and tax revenue.

Any emergencies at either facility, Heaton argued, would be responded to by New Mexican law enforcement and New Mexico emergency personnel, regardless of the state line.

"It won’t be Andrews that responds," Heaton said. "It will be New Mexico that does. Politicians should be very interested in where the project is."

The safety and security at Holtech’s proposed site would also be superior that pf WCS, Heaton said.

"I don’t think the WCS project even holds a candle to ours," he said. "We have the safest, most secure system in the world. Our project is so superior, I can’t imagine anyone would choose WCS over Holtech. We’re pressing on."

And until a permanent repository can be developed, Heaton said CIS is essential to the nuclear security of the United States.

"CIS is desperately needed in this country right now," he said. "Yucca is probably two or three decades away, even if they decide to move forward with it."

"There are specific differences, but the fundamental problems are the same," Hancock said. "Both of these are bad projects that shouldn’t go forward. We don’t have spent nuclear fuel in Texas or New Mexico, and we don’t need it."
– Don Hancock, Nuclear Waste Program Director at the Southwest Research and Information Center

But critics aren’t convinced interim storage, and the needed transportation of the waste, is necessary ahead of a permanent repository.

Don Hancock, director of the nuclear waste program at the Southwest Research and Information Center in Albuquerque said the spent fuel should be left where it is.

He said the waste can be safely stored at the generator sites, until a permanent repository is opened.

"I think they’re both equally bad, dangerous and uneconomic," Hancock said. "All the things that are wrong with Holtech are wrong with WCS. We don’t need consolidated storage, we’re already storing the waste at or near the generator sites."

Logistically, Hancock said the WCS site makes more sense, as it would use existing infrastructure, and is near active train tracks.

The WCS facility is also already open, he argued, and is storing lower-grade waste. He also pointed to heavy oil and gas development around Hobbs and Carlsbad, creating risks for Holtech’s underground storage system.

"There are specific differences, but the fundamental problems are the same," Hancock said. "Both of these are bad projects that shouldn’t go forward. We don’t have spent nuclear fuel in Texas or New Mexico, and we don’t need it."

Adrian Hedden can be reached at 575-628-5516, achedden@currentargus.com or @AdrianHedden on Twitter.